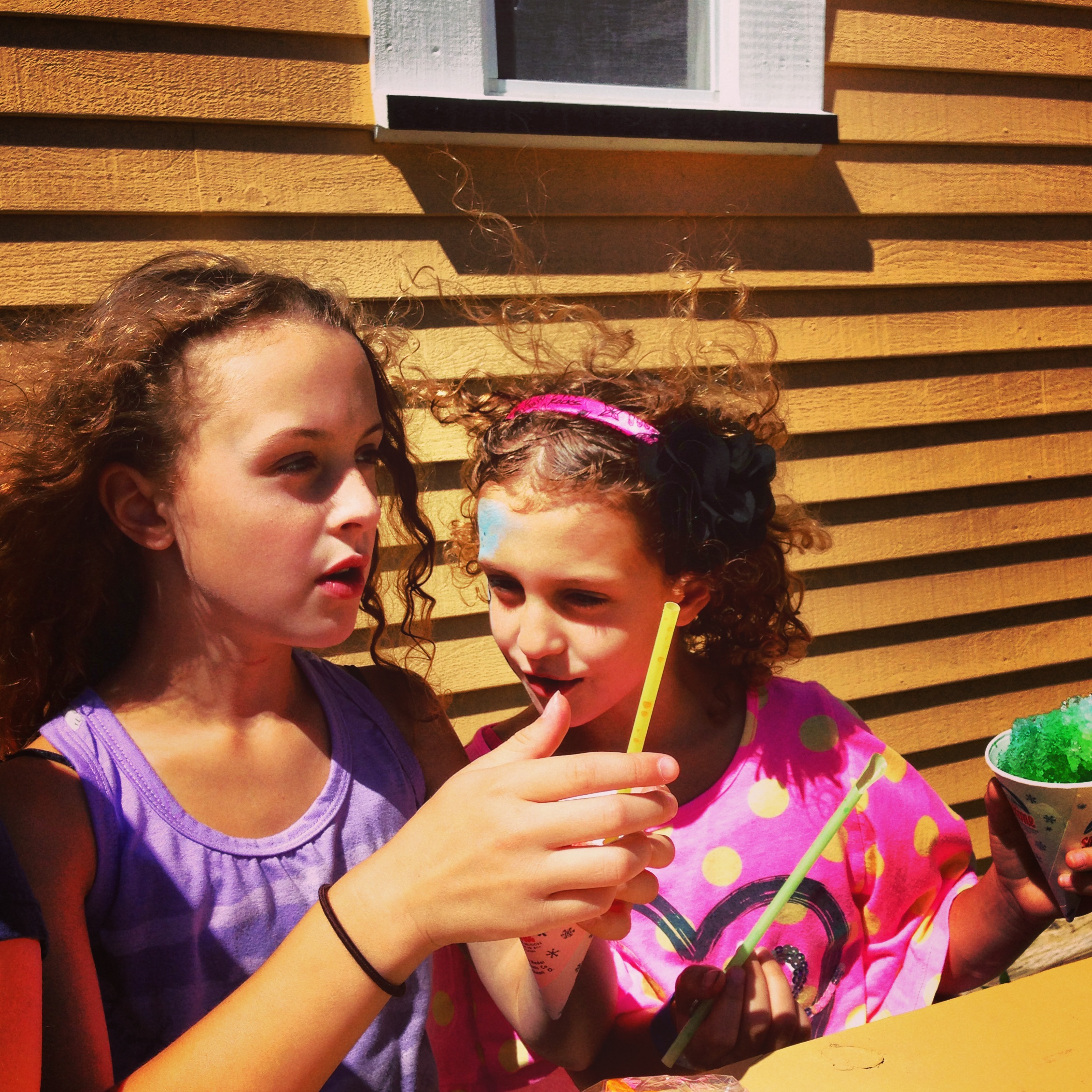 When my eleven-year-old daughter asked for an Instagram account this year, I was mortified. How was it possible she was old enough to even consider such a thing? I refused to discuss it. There was no way I was going to allow her sweet, innocent youth to be subjected to the world of social media.

Ultimately, I caved. She now has an Instagram account that I can access at any time. It was a compromise, but it’s still terrifying. I, of course, have my own Instagram account, as well as Twitter and Facebook. I tell myself it’s different for me though. These sites are only a problem for young girls with a vague sense of identity, pre-teens and teens, who measure their worth against skewed and airbrushed representations of beauty.

Anyone who can read and work a computer knows the statistics for girls: 95% of the 20 million women who suffer from eating disorders are between the ages of 12-25, and about two-thirds of girls in the 5th to 12th grades said that magazine images influence their vision of an ideal body.

It’s no secret that media has a negative effect on our girls by creating impossible and imaginary standards. Claire Mysko, head of youth outreach for the National Eating Disorders Association, or NEDA claims social media amplifies behaviors associated with eating disorders — obsessions, comparisons and competition — with a constant stream of imagery and camaraderie-building, and how easy it is to seek and gain approval, and Clinical Psychologist Dr. Jill Webber claims that girls who over use social media and are negatively comparing themselves, their lives, their bodies, to others, are engaging in repetitive negative thoughts about themselves.

But I’m different. I’m a grown woman with multiple degrees and bookshelves of feminist theory. I am a writer, an artist, a humanitarian. I am politically aware, an advocate for women’s rights and human equality, and I am raising my young daughters to distrust the socially constructed enterprise of the American female body.

We focus on strength and health. I buy them books about powerful women leaders like Amelia Earhart, Maria Mitchell, and Jane Goodall. I believe all of this, even as I pour over the glossy pictures of my tabloid magazine subscriptions and scroll through the Instagram feeds of actresses and movie stars, obsessing over Chrissy Teagan’s cheekbones and Kourtney Kardashian’s post baby body.

Yeah, I’m a little ashamed, but it’s just for fun. A superficial decompression, a quick disconnect from the drudgery of my ordinary and very busy life. Besides, most of the time I was cracking jokes about the ridiculousness of it all. I could justify tuning in to a reality show marathon or celebrity news program as long as I was criticizing the talentless actresses and their over the top lifestyles. But this is where it gets dangerous. This behavior is exactly how women become active participants in the gross predatory misogyny that we assume is only owned by men. Without realizing it, I was actually objectifying my own gender. It was suddenly clear to me that yes, social media is dangerous for young girls, but it’s just as dangerous, if not more so, for their mothers. It changes me. It changes the way I look at myself in the mirror, how I dress, how I move in the world, and I am silently and unconsciously affecting my daughters’ view of how women behave. I was under the impression I was the type of woman who would equip my girls with the tools to repel these false social ideals, but instead I was training them to be part of the game.

Every time I criticize a woman based on my own definition of success, I am teaching my daughters how to compartmentalize female value, and every time I allow myself to be emotionally manipulated by social media, I abandon my power to be happy and confident and content, and I abandon the ability to model that for my daughters.

As mothers, we hold the power to evoke change in future generations of women. We also hold the power to continue dangerous cycles that limit progress. Social media can dehumanize us. It can make us defenseless targets, and what I am learning is that it can make us turn on each other. It’s so easy to displace insecurity with cruelty, especially toward women, and I refuse to be part of it anymore. It isn’t enough to show my daughters how to be strong, I have to show them what that means, and it certainly isn’t criticizing other women. How could I empower them, or furthermore act as a voice for women’s rights, while simultaneously tearing women down, and who I am to decide what type of woman deserves to be valued and respected? It is hypocritical and confusing and a quiet, unassuming reason why my gender is still struggling in 2015. If I’m not a champion for all women, on social media and beyond, then I’m part of the problem. I don’t want to be that kind woman, and I refuse to allow my daughters to be either.

I’m starting to get more comfortable with my choice to allow my daughter to have Instagram. It’s given me the opportunity to teach her how to use it properly, and to discuss the dangers and also the benefits of social media. Right now, she’s pretty much posting pictures of puppies and nail polish designs, but I’m highly aware of how quickly that may change. She’s tired of listening to my warning and lectures, but I don’t intend to stop. It’s my job as a mother and a woman to never stop.