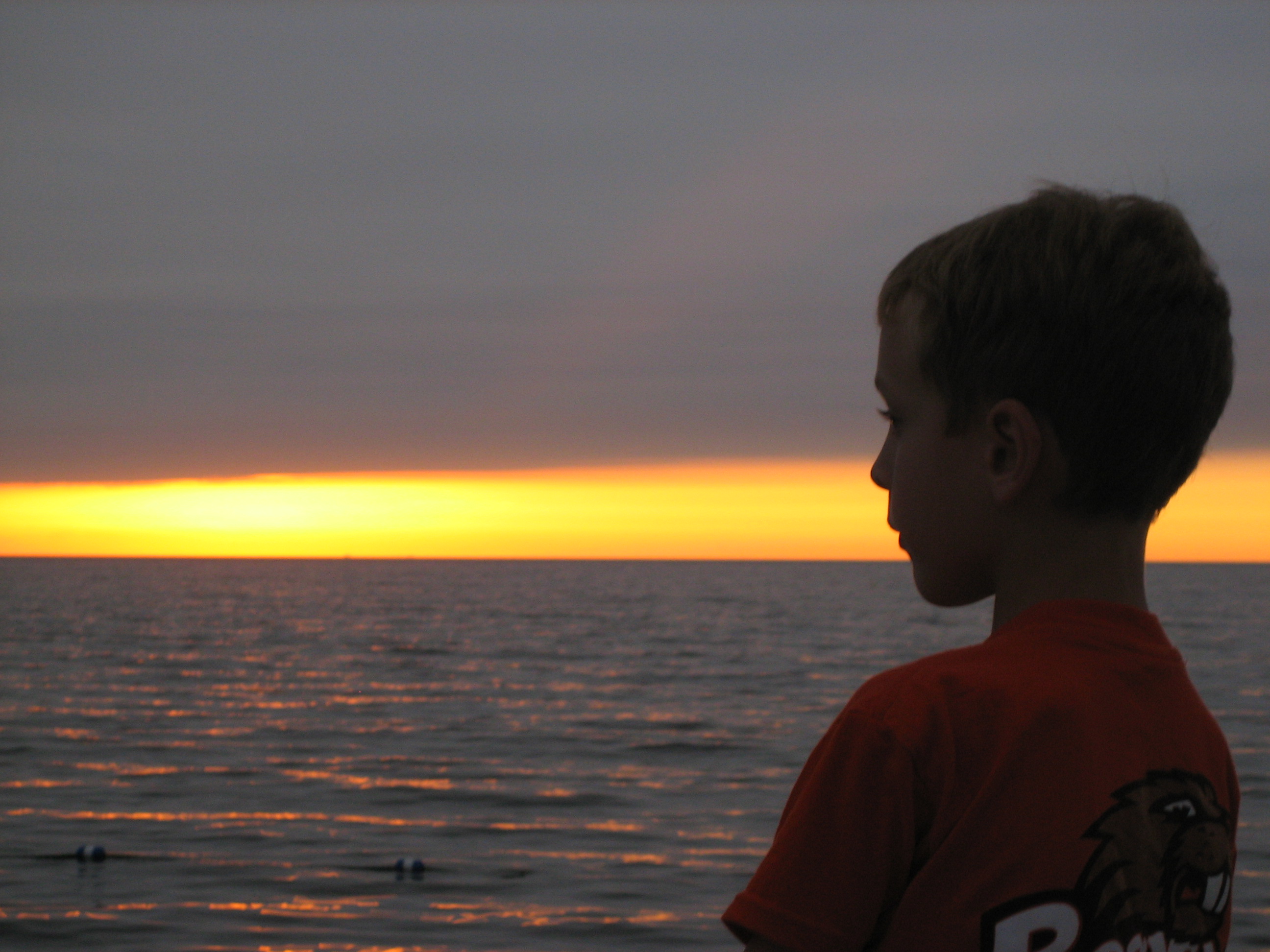 My Son the Man

I think my son and I are breaking up. It seems a strange way to describe our relationship, but I can’t think of another way, and if you’re a mother of a teenage boy, you get me. You know exactly what I am talking about. I’ve never suffered a real breakup, not the kind I hear about. I mean, I’ve had relationships end, but none of them broke me, none of them made me feel like my life was over, like I had to recreate myself. At least not until now.

I met my husband when I was 22, and we haven’t been apart since. It sounds ridiculous, but I knew immediately that he was the one. I really did. I’d never met anyone who made me laugh the way he did. He was so positive, so charming, so confident, so smart. I was head over heels. When we found out we were pregnant much too soon, he was the one who insisted we could do it. I’m sure he was as terrified as I was, but he never let on. He promised me that everything would work out, and it did. I remember the day our son was born. My husband was so proud to be a father. I think he cried more than I did. Now, five days before our son turns 14 and eight days before he flies back to the US to spend the summer with his grandparents, I’m the one doing all the crying.

My son and I are so very much alike. The way he looks, the way he acts, his sensitivity, his uncertainty, his deep empathy, but adolescence has been hard on his tender heart, and lately, I hardly recognize him. Most days he spends time with friends after school, and in the evenings he burrows away in his bedroom playing video games or watching tv. When we do coax him out to eat dinner with us, he rolls eyes, raises his voice at his sisters, and finishes his meal quickly to escape the waves of annoyance the rest of us are regularly producing. I know he has a tiny hurricane swirling throughout that growing body. I know he barely recognizes himself anymore, but oh, how I miss him.

The other night we got in an argument, and he told me he couldn’t wait to leave, to get as far away as possible from us. It broke my heart. I know this is the way it goes, that my son will keep moving away from me over and over again the next several years until he moves away for good, and my heart will break over and over again every time. My husband is hurting too. I can see it. We will both cry when they leave for the airport next week just as we cried the day we brought that sweet boy home, the day he made us a family. We held our breath as he slept. We were terrified because our love had become something we didn’t understand. It was wild and alive, vulnerable and raw. It was large enough to swallow us, and we didn’t know what to do, so we hung on until we couldn’t anymore. We are holding our breath again as we slowly let go, as we watch him become a young man and trust that we have done alright, that we have loved enough. I’m sad and a little broken, and I imagine our house will be small and lonely without him, but I knew all along that this was part of the deal, that becoming a family means that eventually you will have to breakup, that eventually you will have to become undone. I knew all of this, but I will still miss him terribly over the next couple of months, and I will probably miss him many more times over the next few years. I can’t imagine my heart will ever stop missing that boy.