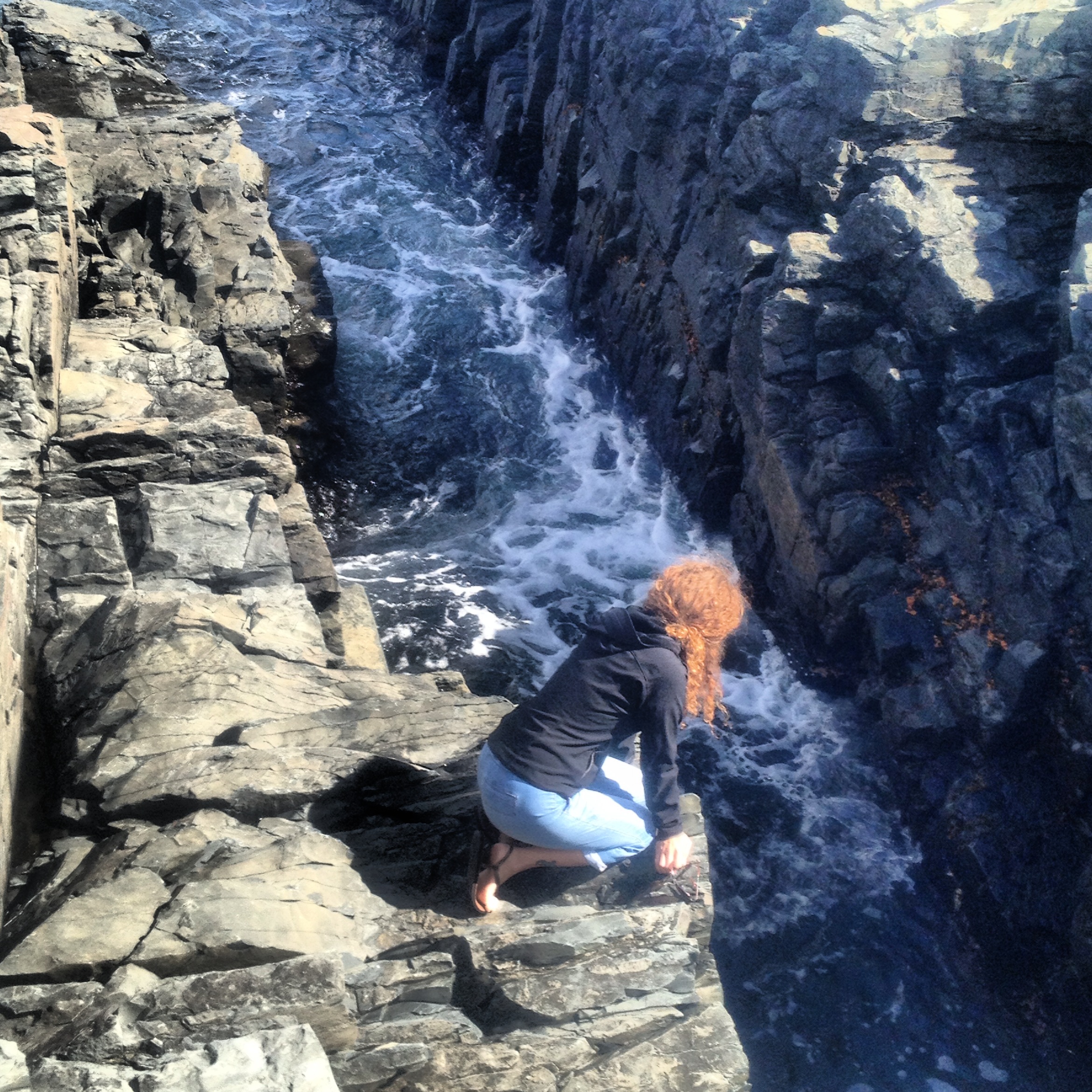 Writers : Deep in Their Own World of Ghosts

Last week, after a quick stop at the post office, I steered off the main road and cut through the gravel that led to one of the many narrow peninsulas along the coastline. I parked and walked the rest of the way out to the tip of the earthy finger that hangs over the sea. It was gray and foggy, and in the distance I could make out three large icebergs. I knew by morning they would be gone. I imagined them pushing their way south, tipping and roaring as they moved into warmer waters, how they can’t help but do what they were made to do, even if it destroys them. As I stood there on that steep cliff, high above the rushing sea, I had a sudden urge to jump. It was so sudden and so urging that I was afraid, not that I would do it because I am too cowardly to do such a thing, but because it was possible. I could see it happen; so clear and so defined that it was almost real. I could feel the wobbly stones beneath my feet slip and give as I stepped forward, and that slight moment of lightness, of the entire world holding its breath, before the air realizes the weight of my body and lets go, then the falling, the rush, the severity of the water as I crash through the surface, the salt, the murk, the quiet struggle. I’m nervous at heights like that, and my fear of falling is gigantic, and yet I can’t help but climb out to the edge, and I can’t help but imagine the jumping.

Sometimes, I am highly aware of my own division, the difference between the moments when I am fully present, fresh, aware, when I listen and engage, and the moments when I am fully gone, when I become detached, lost in thought, completely disconnected. These moments of remove are when foggy poems emerge, when lines and characters surface, when images churn in like waves. These moments, for me, are full of invention, discovery, and risk. Anything can happen there.

I have friends who claim long stretches of this detachment, where they write and write and write for days, almost in a fit, possessed by what is unfolding in their minds, and when they come back, when they awaken, they have the bones of a whole new novel. I have friends who become obsessed with a voice, a hint of a person living deep inside of them, begging for light, and so they write to release them. They write poem after poem until the voice rises and slips out onto the page, and when it is quiet again, they might have twenty pages in front of them. I have friends, who, like me, are struck randomly and off guard, who will be washing their hair when their mind whispers the word they have been restlessly searching for, pacing the floor and trying to force out onto the page, or weeks will go by with no writing, no moments of inspiration, and then, they will be folding laundry, and as their hand dips back into the basket of soft, warm linens, it happens, and they will race to get it down.

I wonder if we all have this space, and if it comes to us in many forms and apparitions. I like to think that it does, that we must go somewhere fantastical and distant, somewhere full of ghosts, if we are to build an invisible world, yet make it real enough for others to live inside. That seems like work too exquisite for this world. Many times, I will read a book, and it will be so rich and so hypnotizing that I will immediately know that the writer must have spent countless days fully gone, far away, deep in her world of ghosts, and then I find myself achingly jealous because I will know that place, and I will want to go there myself. I will know it as that high cliff, that very tip of the earth where the fog crawls in on its shaggy legs and icebergs drift in and out of themselves. It’s breathtaking enough to give a person the courage to jump and the words to save herself, to write her way out of falling.